its great to see your design out in the wild, so we jumped at the chance to design not one but three book covers.

Stephie Jay was one of the most beloved reality television stars and social media influencers of the last decade, regarded as ‘royalty’ in the city of Newcastle Upon Tyne where she lived. Now she’s dead from what everybody but her parents have accepted to be a tragic but inexplainable suicide.

Jake Lehman is a private investigator trying to keep his head above the water line as the North East stumbles alongside the rest of the UK towards an economic collapse. Broken from a past that left him betrayed and scapegoated by his ex-police colleagues and a corrupt local government, Lehman is hired by Stephie’s parents to investigate their daughter’s death and prove it was not as it has been portrayed.

“If Shane Black wrote a Geordie private eye thriller for Ross Noble this would be it!” – Emily John.

To do that, Lehman’s going to have to face down his past, his addictions and all the demons that come with both.

Lehman’s Terms is a journey down a dark path to the truth with an irreverent narrator who’s too busy deconstructing the tale he’s telling you to realise just how out of his depth he is. 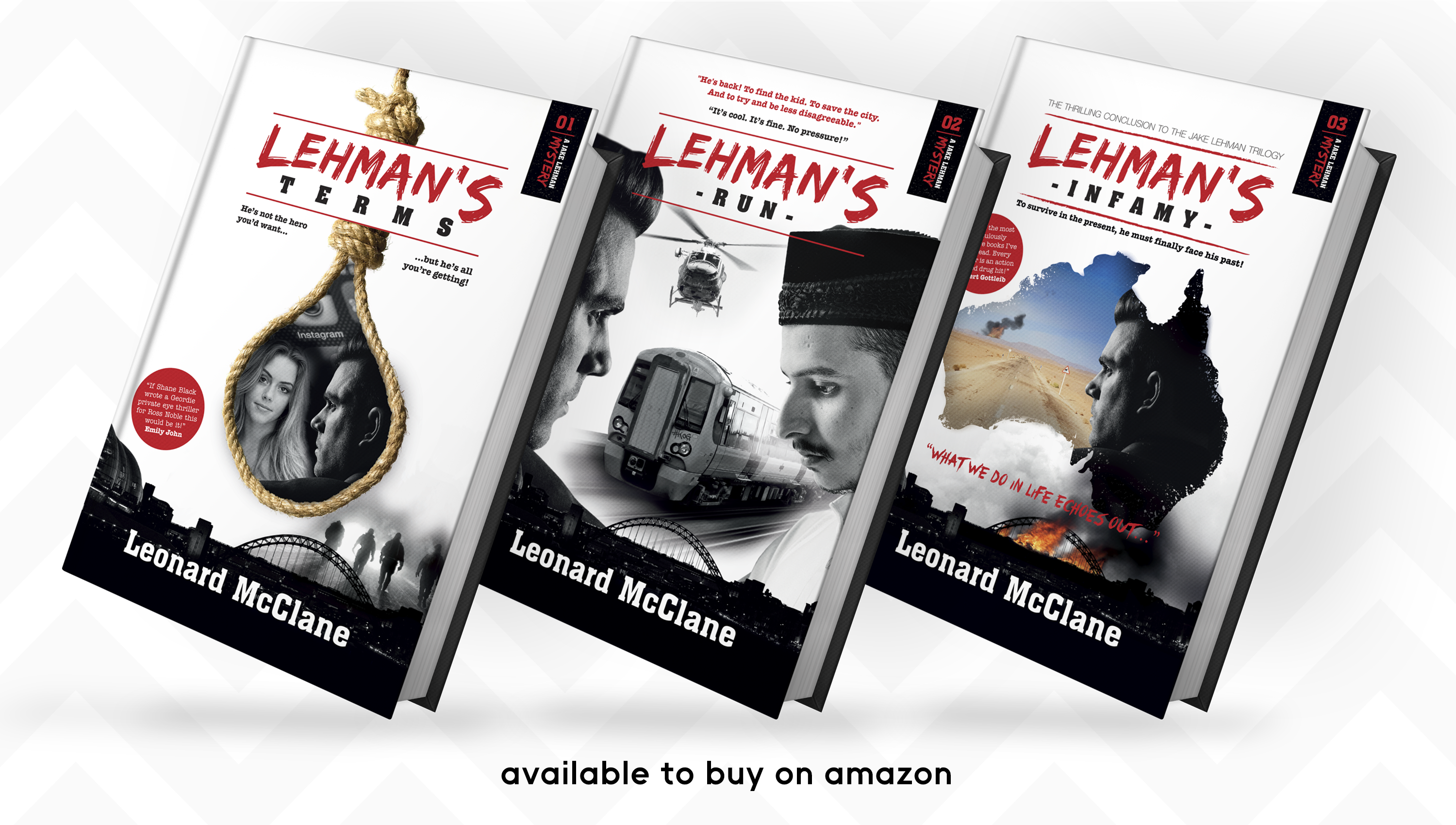 “i highly recommend me & alan. they were able to take the ideas i had, improve on them greatly and then make them a reality. friendly, fast, professional and really good at what they do. i’d not just recommend them to others but i’ll be going back to them again and again for any design and promotional needs for my future books.”